Isaac Kim, a 2013 graduate of the School of Architecture, made a colorized copy of the iconic black-and-white photo of the 1895 Rotunda fire from the Holsinger Collection in the Albert and Shirley Small Special Collections Library.

Isaac writes: "Due to the trend of colorizing historical black and white photographs and the fact that the Rotunda is being renovated, I thought it would be appropriate to colorize one of our university's most iconic moments. I found the Holsinger photograph through the University Library website and then used Photoshop CS6 to slowly build up multiple layers of color by referencing current and period images. As the fire occurred in late October, I attempted to add a little more oranges, reds, and yellows to the trees.

I took the liberty of cropping the photo due to damage. Also, it appears that Holsinger added the flames and smoke during development (visible in the texture of the strokes in the photo) probably because they weren't visible, so I also added more smoke in order to approximate the actual amount that was probably there."

Slide the green button left and right to compare the two views. 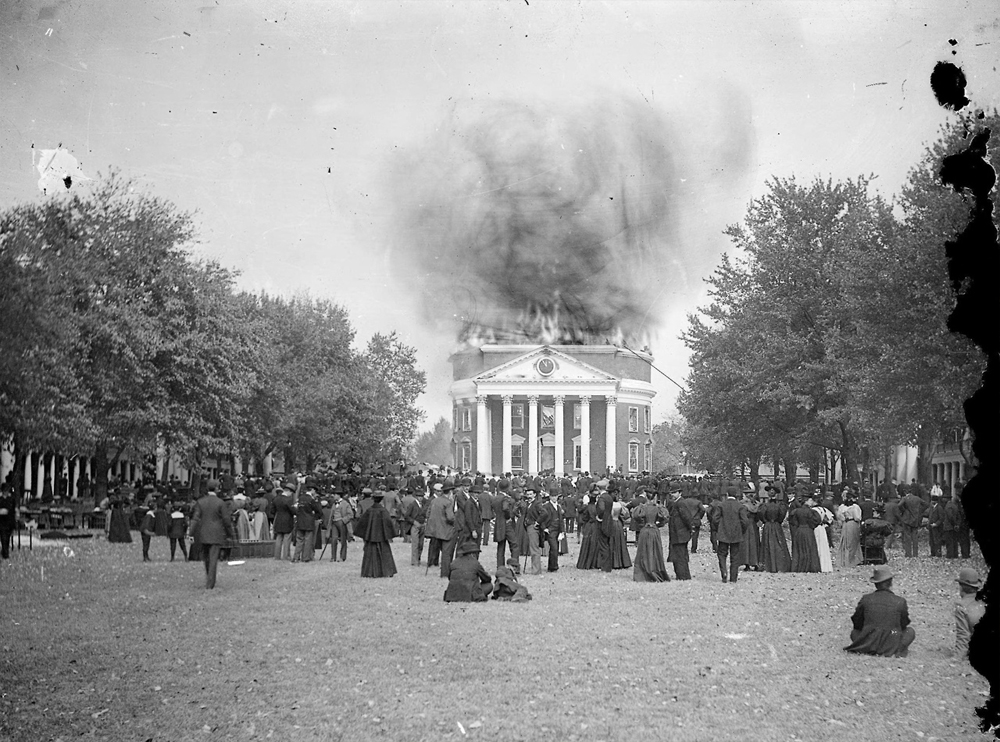 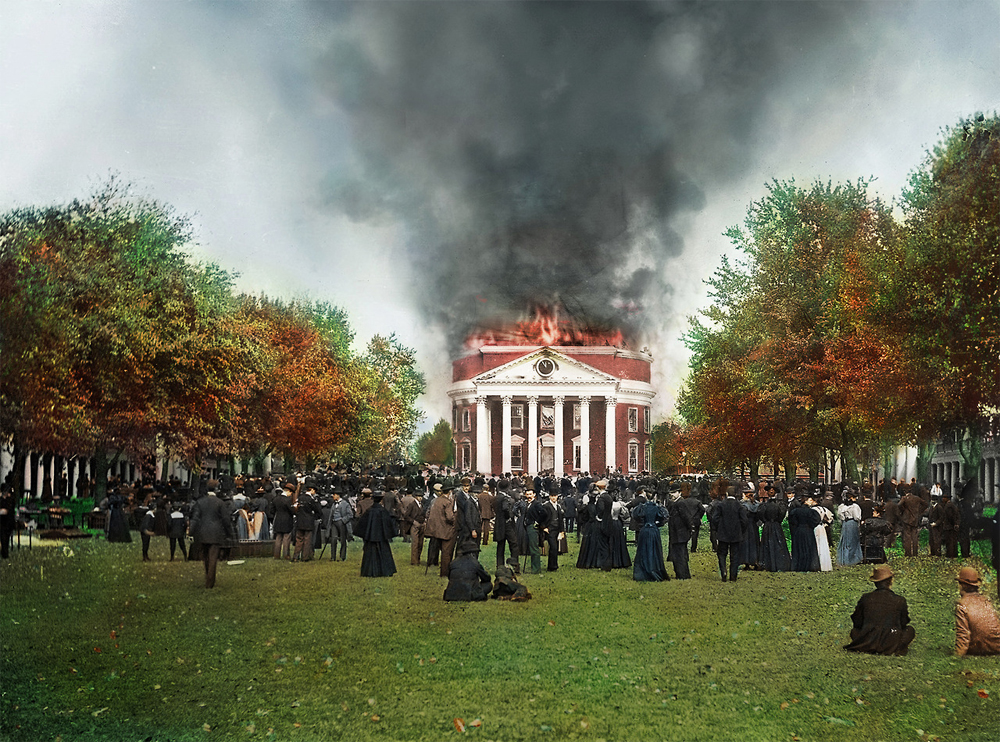