You may think colleges and universities exist in a bubble. Not so at UVA, not when it comes to electric scooters. UVA is filled with them, same as most major city centers around the world. Since the start of a Charlottesville pilot program a year ago, the trend has been gaining momentum. Allow us to bring you up to speed.

Getting started on a Lime scooter is straightforward: Download the smartphone app, input the credit card information and look for a scooter on the provided map. Once you track one down, scan the QR code to unlock it, swipe through the instructions, pop the kickstand and buckle your helmet. Riding is easy, if unfamiliar at first. Step on with one foot, press the acceleration lever on the right handle, give yourself a little push and you’re off. Just remember to keep a hand on the left brake (it’s like a bike’s); the scooter is sturdy and steers easily, but it accelerates quickly, which takes some getting used to. Riders pay $1 to unlock a scooter, plus 23 cents for each minute of the ride. Scooters go up to 17 mph and are equipped with a red light in the back and a headlight in the front.

Where can you go?

You can scoot anywhere you can bike: in bike lanes or the full driving lane. But in observational studies, UVA students and city staffers found that 21 percent of scooter riders use the sidewalks. Around major landmarks on Grounds, scooter speed is limited to 3-4 mph and parking is banned—and don’t even think about parking your scooter near Scott Stadium on game days.

Let’s do the math

300
Number of scooters approved in the Charlottesville pilot program. Lime has 150 and has been in the program a year; in November, VeoRide arrived and will have up to 150 scooters. 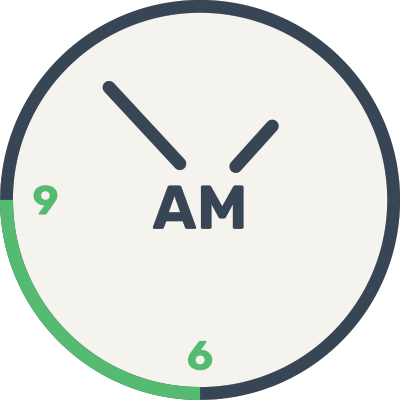 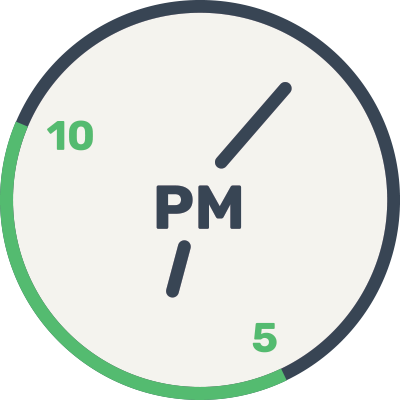 7–10
Average number of trips per scooter per day, according to Lime; other cities average two to three rides per day per unit.

0.8
Average distance in miles of a scooter ride

8.5
Average time in minutes of a scooter ride

50%
Number of rides ending near UVA; 20 percent of rides ended between the Downtown Mall and The Corner 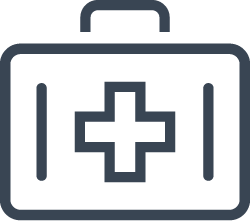 There have been approximately 50 scooter-related ER visits since the pilot program’s inception, some “fairly serious,” according to a report given to the Charlottesville City Council in June. 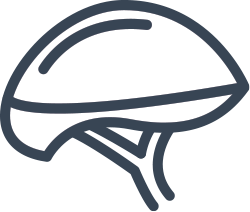 Virginia does not require helmet use but the city, UVA and scooter companies all suggest it. An observational study done by UVA students and city staff found that no riders were using helmets. 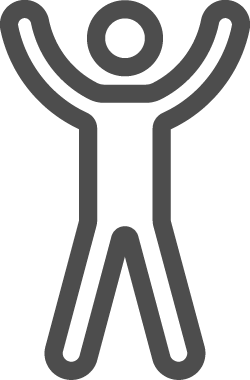 Several officials and survey respondents cite blocked accessibility as a major concern. Parked improperly, scooters can impede wheelchair access and can trip visually impaired people using canes. Scooters should be parked in bike racks or moped parking areas, or left upright and out of the way of sidewalks. 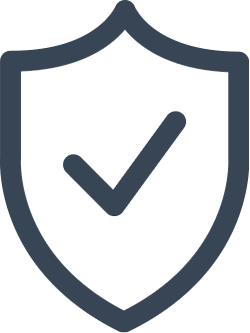 University Police typically issue warnings to scooter riders in cases of “imminent danger,” such as two riders on one scooter or a scooter going against traffic, according to Gloria Graham, former associate VP for safety and security. 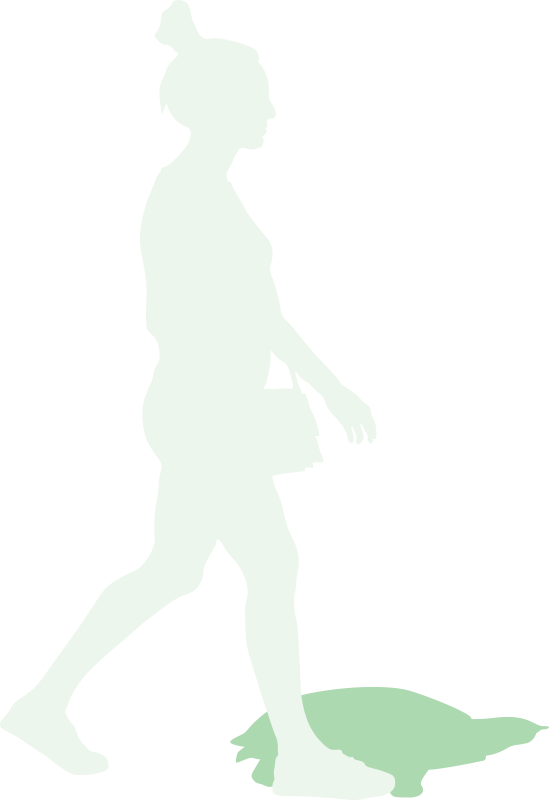 Average adult walking speed: about 3.1 mph (about the top speed of a softshell turtle) 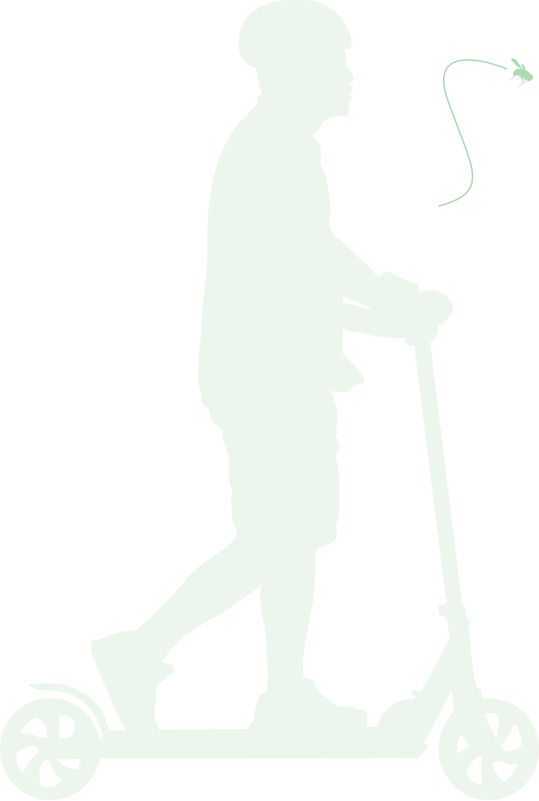 Scooter in a slow zone: about 4 mph (about as fast as a housefly flies) 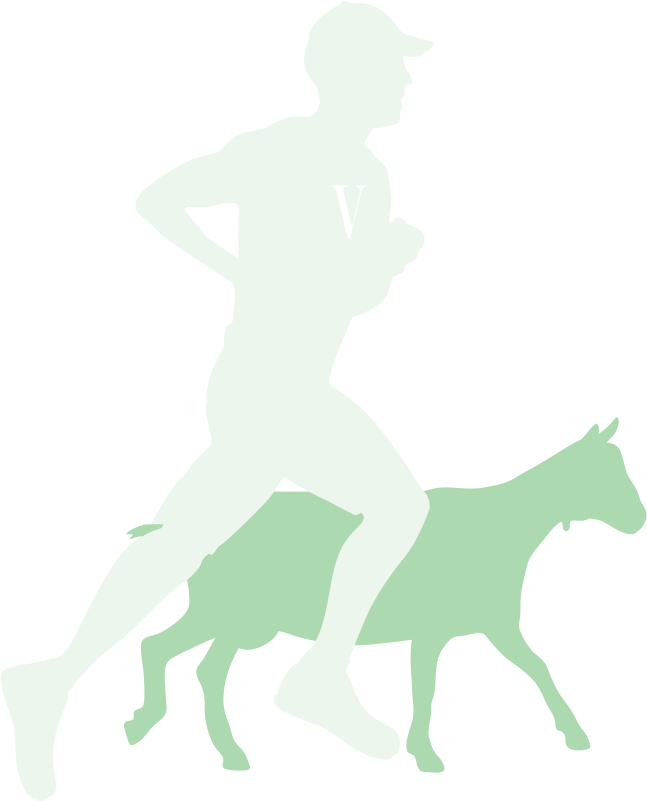 Average speed of a Jim Ryan running in a 5K: 9.8 mph (about the same as a goat on a mission) 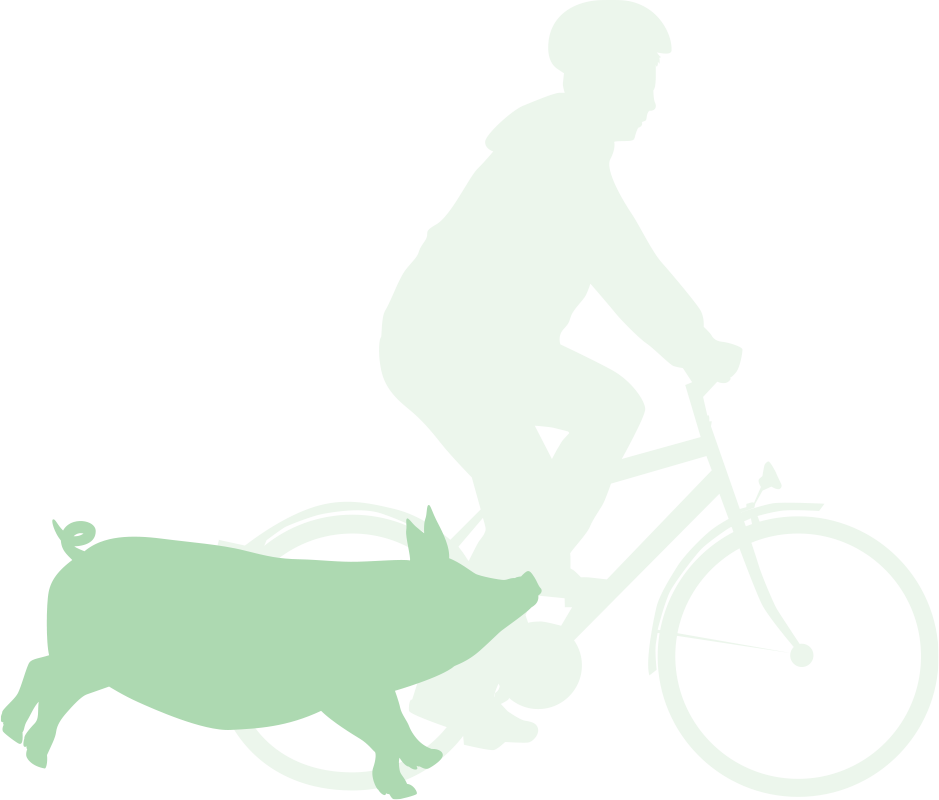 Average speed of an adult on a bike in the city: 11 to 12 mph (about the top speed of a domestic pig) 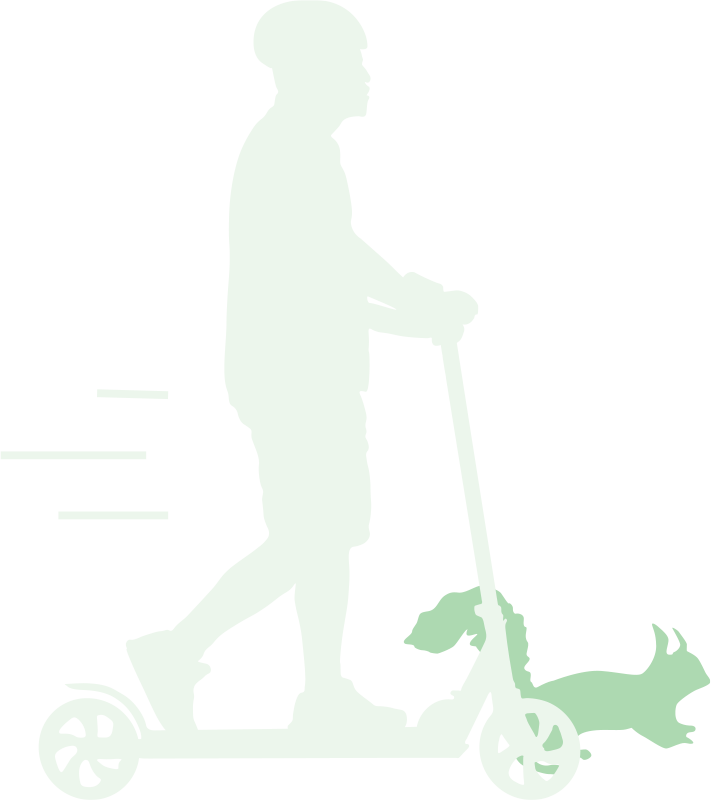 Scooter at full speed: about 17 mph (about the speed of an eastern gray squirrel or an eastern chipmunk) 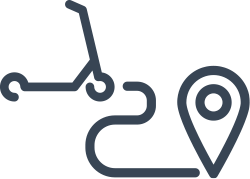 51 percent of survey respondents listed commuting to or from school, a work appointment or work as the primary purpose for their most recent ride. 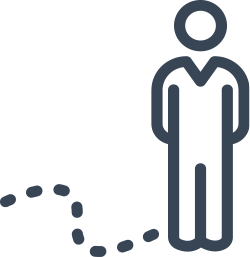 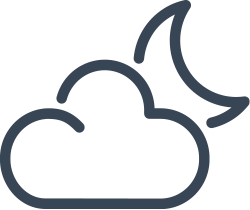 Cavalier Daily editor Gracie Kreth (Col ’20) says she takes a scooter at least once a week and appreciates that they’re cheap and easy transportation. “I especially like them when I’m coming home from the library or from a friend’s house [at night]; I think it’s safer than walking.” Kreth says she spends about $15 a month on scooter trips.

Virginia Magazine staff very unscientifically tested three modes of getting around Grounds, starting at 10:30 a.m. on a Tuesday in early October. We went from the Aquatic and Fitness Center (next to Scott Stadium) to the Jefferson statue on the street side of the Rotunda, one of us riding a scooter, another taking a UBike and the third using shoe leather. Here are the results:

Observations: To me, this was the best way to get across Grounds: I ran into several people I knew; a kind construction worker helped me find my way; and I got to experience the glorious smells of food trucks. I didn’t have to worry about traffic laws—or traffic at all, for that matter.

Observations: I spent seven minutes trying to unlock a bike until another rider pulled up; I was able to use that unit without trouble. The bike has gears, and riding was easy, similar to a beach cruiser. It also has a basket, which comes in handy.

Observations: I definitely was slowed down (~4 mph) in the “slow zone” and noticed the difference when I got outside it on Madison Lane. It’s a strange mix of feeling somewhat like a pedestrian but needing to observe traffic laws.