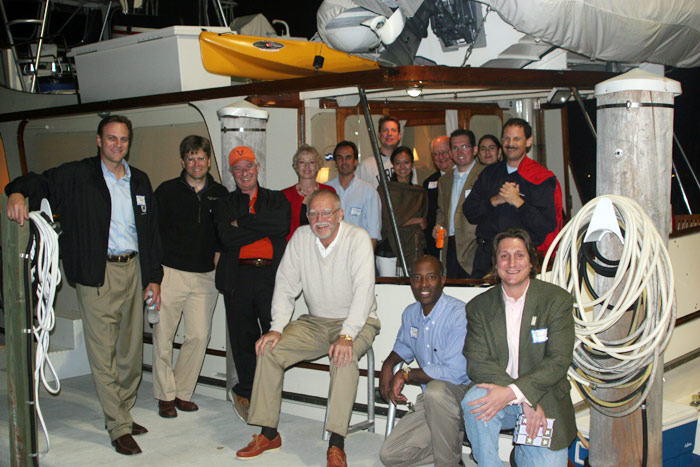 In November 2007, Frank Armstrong III hosted the undergraduate and graduate alumni of the University on his yacht, The Cavalier. The event was very well received and it is the second year in a row that it’s been held. Images sent by Robert Gordon, acting president of the Darden Alumni Club of South Florida.